We hold a position as one of the highest rated pro bass fishing guide services in Texas, a reputation built on solid results, customer satisfaction, and tremendous word of mouth. There’s nothing like the adrenaline rush of hooking and landing a trophy largemouth bass, but you have to know where they are to catch them. Contact us today to customize and reserve the Texas bass fishing trip of a lifetime! Rates: Full day fishing package (8 hrs): $400 /up to 2 people Half day fishing package (4 hrs): $300/ up to 2 people Every additional person will be $50 For every follow boat it will be $100

Bret Fisher grew up in South Texas, where he developed his fishing savvy on some of the best bass lakes in America. An obsessive angler since childhood, Bret has fished every major waterway in the South and Central Texas regions and then some, from Falcon Lake in Zapata to Austin’s Travis Lake, home of the world record Guadalupe bass! All of the major lakes and reservoirs in this prime fishing territory have produced record bass, including some of the more convenient hotspots like Canyon, Medina, Braunig and Calaveras Lakes all located a short drive from San Antonio. Three Rivers’ Choke Canyon is also one of his favorites, having produced five fish over fifteen pounds during the month of April. Bret Fisher takes great pleasure in sharing his angling passion with others and has operated a professional guide service for over ten years. Customized, multi-species excursions for both novice and highly skilled anglers are Bret’s specialty, and unmatched customer satisfaction is his goal. Tournament fishing has been a rewarding part of Bret’s life since 2002, and he has proven himself on the circuit time and time again. 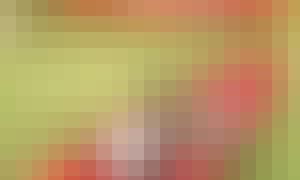 Fishing For a Day in San Antonio, Texas Aboard a Native Ultimate Kayak